Wanna to start a code club? No money? No equipment? Shit. Well, you better have some brass neck, mate. Here are some things of note you may learn along the way:

1. People care about this

There’s a hunger for learning. People in threadbare communities know just how important this stuff is. They are smart, capable but lack resources and opportunities. 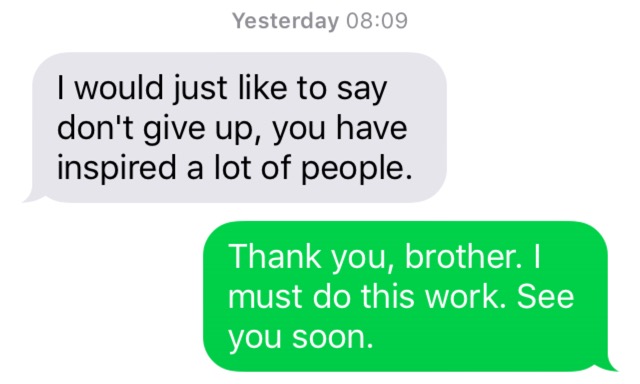 Encourage it in your students. Learning new technical skills is hard, so pairing people together is a good approach. It makes class immediately more social, supportive and fun.

3. Some people need more help than others

Class is only as successful as the most challenged student. If you can bring them along with patience and creativity, you’ve won. Remember, it’s a foreign language.

Beg, borrow and steal everything you need. Being a shameless self-promoter matters. It’s not a natural pose for me, but I suppose my being talented and good-looking helps. See?

Lots of people want you to succeed. Who can help you get this done? I’m trying to find that out.

Doing this alone is hard work. I know. Ask for help, and lean on your students. I’m going to do more of this next week.

Everything has it’s cultural context. Starting the class with the Mae Jemison story was an electrifying entry. It said, “This is your house. There’s a place for you here, too.”

Here’s how it went down: 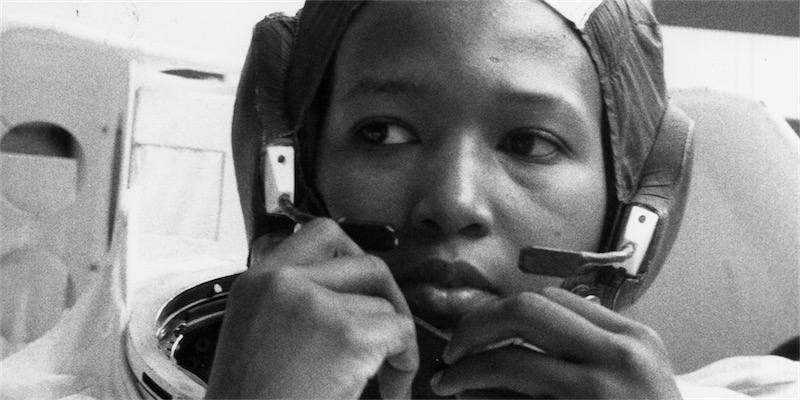 Who knew that life in Outer Space was so fragile?

Watching Tim Peake’s spacewalk on StargazingLive had the nation on tenterhooks and me on the edge of my seat as the obvious became apparent, for the first time: this Starman stuff is an extraordinarily dangerous life-and-death gig.

Nigerian Mummy on Tim Peake: “How come he doesn’t fall when he is The Space? I think there’s something fishy going on.”

“Who’s heard of Mae Jemison?” I asked last night as I kicked off our first Hour Of Code. I was dazzled by this all-singing, all-dancing Superwoman in my teenage years, but I understand why there’s such ambivalence to science and technology in our communities.

How does a community that had really been the object of scientific and medical scrutiny for generations — with really negative outcomes — come to see science and technology as a positive thing, or something that can be used for self-knowledge and liberation?

So asks Alondra Nelson in The Social Life of DNA: Race, Reparations And Reconciliation After The Genome. It’s one hell of a question – and this is a beginning – so my answer would be: “With baby steps.”

We’re hosting our first event! Hour Of Code is a global initiative to get total beginners climbing the first rungs of computer literacy. It’s simple and fun – which is how learning new languages should be. Poetry and great novels may flow afterwards in time, but in an hour one can learn how this new tongue feels. Does it sound romantic or rhythmic – and how can I say “hello!“? That’s about the shape of it, and there’s more programming than there is prose or Pushkin, along with the most important question: did I like it? 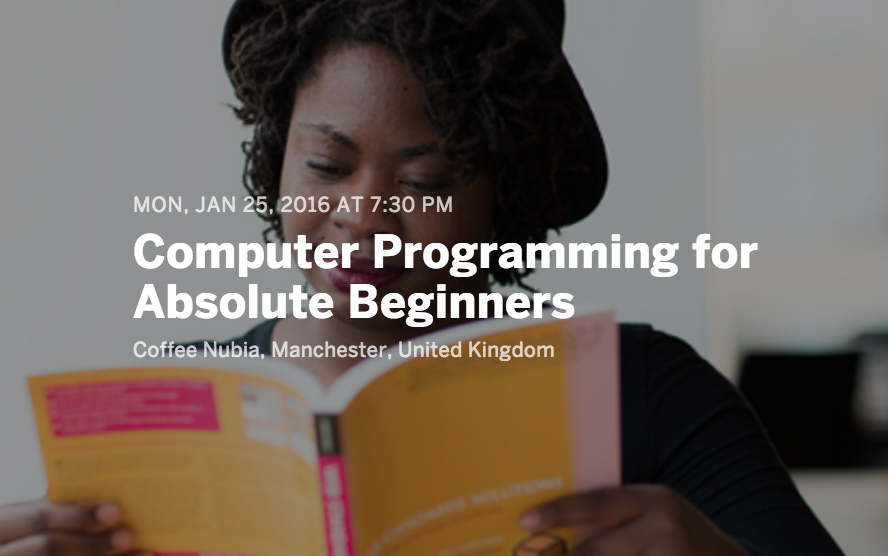 What Is Moss Code?

Moss Code is the future. Our goal is to introduce computer coding lessons here in Moss Side where it’s sometimes a struggle to stay afloat in hard times. It means exploring programming languages with exotic-sounding names like Scratch, Lisp and Ruby on Rails. People here are unlikely to have access to 3D printers, Arduinos “maker spaces”, despite the thirst. This grassroots project is a baby step in restoring the balance.

Digital is more important than ever. Those who author apps and web services will hold the keys to tomorrow’s technological castle. We exist to wedge open the door and broaden access, just a little bit. Anybody can come along, experiment and slowly master the tools (and build new ones) – from debugging Javascript, to creating something new from first principles. It takes time, but Moss Code is a seed from which electric dreams can grow.

Moss Side – and places like it – are left off the map when we discuss where we think the future lies. Scratch the surface of places like these and there are stories to tell. Settled by African seaman in the first half of the twentieth century, Black people came in waves after fighting the Second World War. Their arrival met with institutional racism and resistance, but these pioneers made lasting contributions that moved British society forwards.

Moss Side hosted the 1945 Pan African Congress, a conference of politics and thought that lay the ground for the “Winds Of Change” that foreshadowed the successful independence struggles for African nationhood in the middle of the last century.

As the code-cracking heroics performed at Bletchley Park at the dawn of the computer age fade into history, it’s a fair question to wonder whether this country can compete in the era of the Web. Tim Berners-Lee may be a Brit, but we didn’t do much with that; instead, we collect cast-off ideas from Silicon Valley like a digital Rag & Bone Man. It’s not enough to have a great idea when access to resources and expertise is so throttled by the crust of class and privilege. In reality, tales of California wunderkinds boot-strapping billion dollar startups from a garage on little more than genius, caffeine and a drive to create the next billion-dollar company are a mirage, but make a rollicking good read! Every culture needs it’s origin myth. What we’re left with here are warmed-over ideas, Like London’s Silicon Roundabout – packed to the rafters with Red Brick university graduates and well-to-do kids from the metropolis. We can do better. 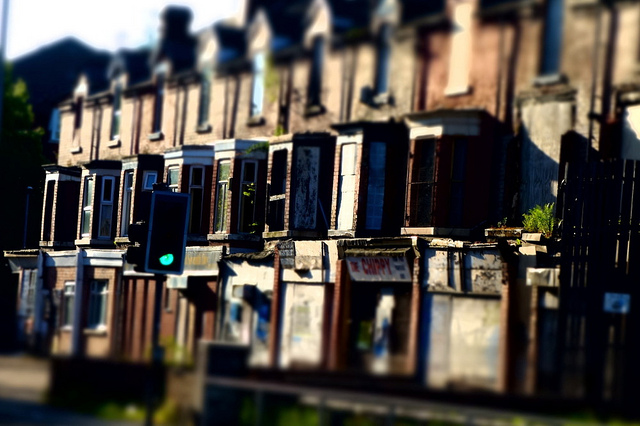 Futures are born here too, in terraces and community centres far away from the sprawling steel-and-glass buildings that Google and Microsoft call home. Under-resourced Manchester districts well off the radar of The Verge and Wired magazine can give birth to The Next Big Thing – or just wonderful little things. There’s energy here. We need our own vision, and it’s made in places like this.

Back To The Future

1986 – the year I went to the upper school for big boys at Burnage High – could feel more like 1966 on any given day. Day Tripper rattled through the tinny speaker of my Mam’s transistor radio and Saturday mornings on children’s telly brought re-runs of Joe 90 and Thunderbirds. I half-expected to hear a huge voice  booming a countdown  across the living room floor when SpaceX launched  their reusable rocket  this week. It has to be seen to be believed: taking off from the launchpad in a cauldron of flame, this thing blasts off into outer space only to hurtle back to earth at break-neck speed, averting disaster by slowing to a crawl, lighting it’s motor like a blowtorch and landing on its tail. The future of my teenage dreams might have arrived, but we’re not quite at the point of zipping ourselves from London to Luanda like email attachments just yet.  

“Any sufficiently advanced technology is indistinguishable from magic” – or so said the futurist Arthur C. Clarke in his  3 Laws Of Prediction . If that’s true, then there’s an invisible, inevitable tie that binds Harry Potter’s frizzy-haired Hermione Granger to SpaceX’s Elon Musk. It may be “only fantasy”, but the imagination to create the world from scratch in one’s own mind connects the possible to the impossible. There is something delightfully Potter-esque about a daydreaming young Albert Einstein’s  chasing a beam of light  in the summer sun leading to a breakthrough in quantum mechanics and changing all of our lives. Genius needs room for fantasy and playful creativity. The outcome may be broomstick-riding ingenues or the theory of relativity – and both are highly desirable. It was with some bemusement then (and not a little sadness) that a social media flame war about the character’s racial identity erupted over the casting of Olivier Award-winning English actress Noma Dumezweni as the girl-wizard heroine in the stage production of Harry Potter and the Cursed Child, a short story set a generation after the novel ends. The author herself says it best:   So, what’s this talk of unicorns? The magical ponies of Dungeons and Dragons now share their name with a slightly nerdy nomenclature for Silicon Valley shooting stars worth a billion dollars or more – WhatsApp, Snapchat and any given app du jour living in pocket on your phone beside loose change and car keys. #BlackHermione matters, because she is the bridge. She creates the space for young people who look like her to imagine themselves in science-fiction, science and fiction. All the diversity initiatives in the world make not a jot of difference if we can’t make room for this principled little Muggle in our mind’s eye. As people of colour, we need to give ourselves permission to become wizards and  stormtroopers  and  Annie  and  Rue  – and to chase down those beams of light! Perhaps one day we’ll hear from the lips of somebody who was in the audience of this play one night and went on to unlock the secrets of Dark Matter, discover the next graphene – or start the next SpaceX from an under-resourced community basement in Moss Side.